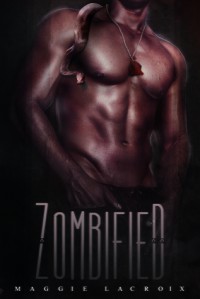 Zombified thrusts its readers deep into the world of voodoo magic and grifting. An unlikely combination, yet it does work.

Josie Cortez(our protagonist) is an all-American journo, she’s a bit rough around the edges, but she tries hard and sometimes gets the scoop for her local paper in El Paso, Texas. She is fairly quickly infatuated with Henri, but then, given what he looks like, that might be easy to understand at least initially…

Henri Jolicoeur is a typical male lead, sexy, brooding, and in possession of somewhat of a troubled history. Where he diverges from the traditional hunk recipe is his lack of being alive.

This bought up all kinds of ickiness to the forefront of my mind. Henri being a zombie and having a love interest in Josie who happens to breathe and bleed, among other humanly things, causes one giant conundrum.

Is Josie a fan of necrophilia?

I am fairly settled into the idea of zombies being snarling, slow masses of mindless scavengers…

Not International underwear models who could dazzle dozens of women with but a smile from their sweet, god-like faces. It took a little while for me to reconcile these characters with my ideas of zombies. However, once that had been done, I was able to focus on the story. I liked the characters for the most part (except for Wolf – he is a jerk), I even liked the antagonists. I liked how they were very real, not glorified pinups.

I think my favourite character is Ti Pierre, this crafty old man brought a delightful aspect to most of the scenes.

The writing style was good, the pacing started off a little slow, but quickly got into the swing of things. I did feel the ending was a little bit of a kick in the guts after the whole story, but I’m sure things will be explained in the next book.

29% – how does she know just from hearing his name that it’s spelt with an I?