I liked the story and I will finish the series 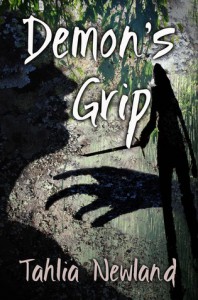 It took me 12 days to finish this book. Some of that delay was craziness in my life, but most of the reason it took so long was because this book is a slow burn, peppered with small constant struggles, but no real 'climax'.

Other reviewers have said this book is one of huge personal growth for the protagonist, Ariel, and that is 100% true. The down side to this book being so much about her maturity is that it's not as exciting and adventurous as the previous two books.

The struggles Ariel faces mirror similar issues any young teen would face. The question of lust and losing oneself in daydreams and cravings are just the tip of the iceberg.

In this way, I feel this book delivers something that the first two books don't, and that is a realistic, albeit fantastically tinged, look at what goes on in a teens mind.

Once again, I felt the balance between the story and all the 'inner light' stuff was a little too focused on the inner light, which further removed me from an already slower read.

This issue aside, the story offers interesting insights into demons and the complexity of the world Tahlia has built here.

I particularly enjoyed Emot Sai in this one. His character evoked a strong emotional response from me. I hated him in one chapter and felt empathy for him in another. This takes considerable writing skill. Well done!

His particularly menacing physical appearance, coupled with manipulation and greed all wrapped up in one wicked package. A great antagonist if ever I read one.

Overall, I liked the story and I will finish the series, but it might take me a while.

I am happy to report that little Spud makes a cameo appearance and I was very excited to see him resurface, even if it was only for a short while :)

One thing I noticed: