Rough-as-guts female protagonists - not for everyone. 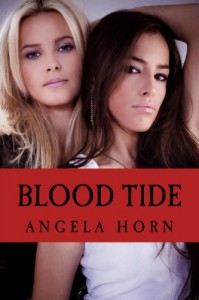 That is where my positive description for Paloma and Willow ends.

Paloma and Willow are also pretty rough around the edges, they rarely brush their hair, openly talk about sex and other personal matters in public, they also happen to have pretty foul mouths... and that isn't just limited to their language either. One of the sisters belches like Barney our of The Simpsons and each time this was mentioned (and it was frequently mentioned) I kept visualising this:

I understood that these characters were meant to buck the fantasy/paranormal 'female protagonists are perfect princess's' trend, but really?! Did we need to go this far? Paloma and Willow read like they belonged in a white shift on some redneck yokel's property with a baby on the hip, fifteen others running rampant and another in the oven. Something like this: 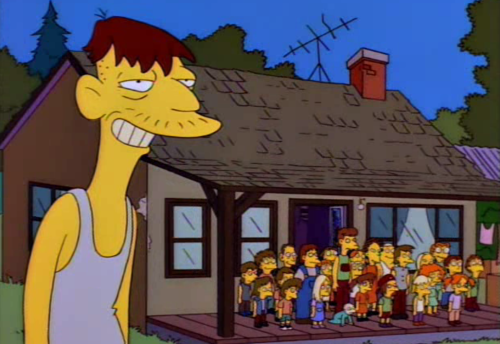 My distaste for the almost comical regression of Paloma and Willow's manners and basic human courtesies aside, I actually quite liked the story. I thought the concept and ideas that were explored were refreshing, and despite the somewhat annoying insta-love, I felt that the different levels of romance and heartache that both girls experienced was unique.

The writing was a bit rough in places, while nothing was explicitly wrong, there were times that things could have been written in a much more concise and clearer manner. It was fairly minor things, like use of adverbs and some of the other word choices.

I really liked how much the two girls cherished their family and the relationship dynamics of a large brood of siblings. I was slightly miffed by the way the girls called their dad 'daddy' but I know that happens in real life. Note: I'm pretty sure I picked up the same thing in Angela's other book I read: The Bite. I'm starting to see a theme here Angela and I'm not liking it!

I think I'll give Angela one more chance to wow me with her books. If that doesn't happen, I think that'll be it for me and reading Angela Horn's work.

An alright book if you can look past the rough-as-guts female protagonists, their potty mouths and the glaring insta-love and see the unique ideas and concepts behind them.

One point before, and at 58% - Capitalized author/beta notes are in the text: 'is a foreshadowing alert really necessary here?'