With a hefty edit, this book would be a solid addition to the YA, Dystopian genre. 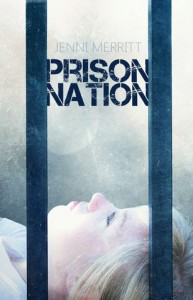 Prison Nation is a fantastic idea.

What would America be like if it sealed its boarders and the punishment for crimes (and even suspected crimes) became so harsh that the Nation needed massive prisons, large enough to house thousands and thousands of people?

You can find out, just by picking up this book.

Millie, our female protagonist experiences a significant personal journey throughout the book, but she does start out a little flat. I quite liked how things progressed, but I'd have liked a little more spunk from her early on.

The supporting cast was quite diverse, which was a welcome change from a lot of YA books, however, I was looking for a strong female role model for Millie and that was seriously lacking.

So, so far that's quite a lot of positives, so why only 3 stars?

Well, the writing isn't polished. There were a lot of adverbs and adjectives being used, a lot of scenes were overwritten, and could do with a cull, as well as quite a lot of repetition.

The formatting was also off, including sentences that ran together, missing words, added words, the spacing was off in parts and there were even some instances of homophone misuse!

With a hefty edit, this book would be a solid addition to the YA, Dystopian genre. As it is now, it's an enjoyable read, but it feels unpolished and a little rough around the edges.

**Note: I was provided an electronic copy of What Tomorrow May Bring, that included this book, in return for an honest review.**