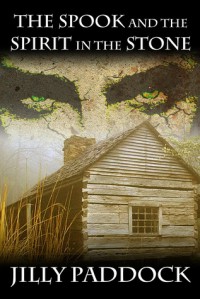 Jerome is the protagonist. He's supported by a few smaller characters, Detective Inspector A. Afton Lamont is the most prominent, and like a lot of cop/detective shows and books, she's the one person in the office that never seems to keep a partner. She's a bitch on wheels, she's a stone-cold ice Queen and rumours fly about her private life. A little cliché.

There was a saving grace to Afton's character... her wit and sarcasm. I enjoyed (and smirked and giggled) her sharp barbs and wicked one-liners.

Jerome seemed to be a bit of a gentle giant. As the synopsis alludes to, he isn't exactly human and there's something in his past that he's keeping secret. I'd have liked to know about that past, it seemed grim, dirty and would have assisted in shedding more light onto his character. You but get a glimpse of it in the story, but it was enough to pique my interest.

As with most novellas and short stories, it's hard to get the balance between giving too much information and not enough. Jilly is almost spot on here, I'm intrigued, I liked Jerome and I enjoyed going along on the ride with him, but I want to know more. I felt a little like this story needed more; I know I wanted there to be more, but alas it stopped short.

A very quick read for those who might enjoy a bit of a kidnapping sleuth work with a science fiction skew.
Tweet