Too sweet for me, but a great storyline and rich detail 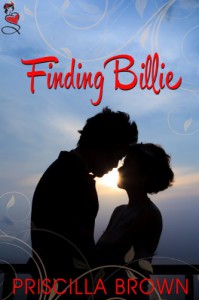 Finding Billie is a sweet romance set in the small New South Wales town of "Limey". I didn't know exactly where this place was, but given the amount of detail involved in the story, I knew it had to be a real place. In fact, it is! I had a look at the location of the town (Limestone in Northern NSW close to the QLD border) and while I've not been to that exact town, I can imagine what it would look like. Priscilla did a great job of capturing that small town feel within the pages of this book.

The characters were realistic, I think that helped me to understand them. Most of my thoughts around Billie and Zac, Tim, Rowena and the fabulous, feisty feline were good ones, though I did have a few moments of 'What?' when it came to how Zac and Billie interacted. The uncertainty and the confusion made it a little more difficult to understand what they were feeling. Perhaps this was the point?

I would have personally liked this to be a bit more 'adult' in it's romance, but it takes all kinds of people in this world, and for some, this book would be the perfect level of romance and steam. I felt more drawn to the backstory rather than the romance because of this, and I dropped a star from my rating for that.

I also dropped a star from my rating because of the 'coincidences' that occurred that were a little too perfect. I would have liked a little more mystery or suspense in Billie and Zac working things out, rather than the perfect answer occurring right when they needed it.

Minor issues mostly, but given the romance was sweet instead of sexy I couldn't give it more than a 3 out of 5.

**Note: I received an electronic copy of this book in return for an honest review.**